five below zero
my neighbor covers his
virgin mary

i dont know how they chose it
all the crows
. . . in this one tree

my stories
getting better and better
four fingers of scotch 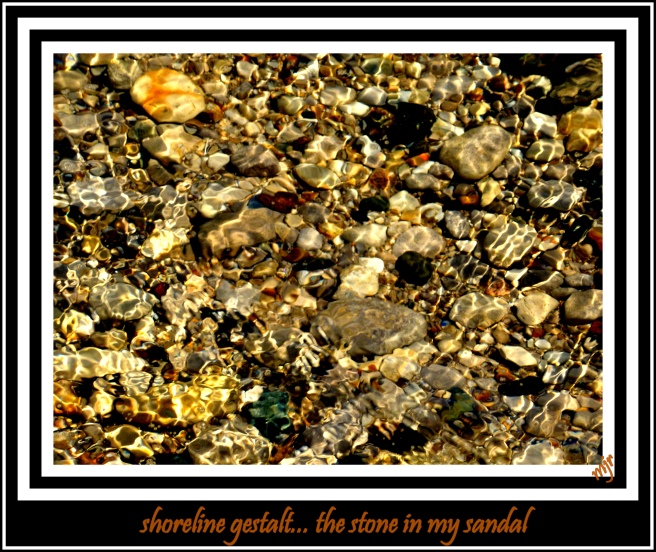 stirring my scotch with a nail

smoking a cigar i see the clouds forming and wonder to myself if anything i did caused that figure to form in the sky. what part of me is up there. does it matter. no i guess it does not. my little circle of smoke did not meet with cumulus clouds to form the eye in the sky. and yet i feel a tinge of pride. yes pride. maybe all i did was inspire that cloud. maybe all i did was wish that shape into the sky. but dammit i am part of it somehow. or so i believe. or so i believe.

drunk
passing through
nebraska
a gorilla
winks at me

In the 70s I lived for awhile on Warren Avenue in Milwaukee,
Wisconsin, a half a block off the fabled Brady Street where all of us
hippies and radicals lived and worked at revolution and peace, in that
order. Bernadine Dohrn stayed in a house nearby when she was on
the lam, and we did not like that very much, or her for that matter.
Just the ‘rumor’ that she was there brought out the cops, and that
meant there was heat for all of us. On the other hand, we made
enough ‘noise’ of our own so that when I think about it now she just
zeroed out in the scheme of things. After all, the Black Panthers were
just a half a block down Warren, and two radical bookstores that were
run by Trotskyites, so all of that combined with open drug use, and
our flamboyant dress and old cars made us into ‘targets’ for the
police anyway.

On one end of Brady Street were the aforementioned hippies and
crazies, with candle and incense shops, and the psychedelic record
store and ‘head shop’ named ‘The 1812 Overture’; and on the other
side was the Italian neighborhood, complete with the ‘Trio Brothers
Pizza’, which was owned by three brothers who were said to be in the
Mafia. Sandwiched right between them on Brady Street was ‘Frankie
Tomasello’s Bar’. It was like the Switzerland of Brady Street. Frankie
was not a mob guy, just an Italian who inherited a bar. The bar itself
was long and made of wood, and looked like it came out of a western
movie. The booths, on the other hand, looked like they came out of a
hamburger joint and were sandwiched in too close to the bar. The
carpet was garish, and dirty, so Frankie kept the lights low, and
served generous drinks, so no one ever mentioned it. He was usually
alone, but on Friday and Saturday he had a cook and a waitress, both
of whom I always thought were Frankie’s relatives, but I can’t prove it,
and it never came up.

Back at the far end of Frankie’s, near the restroom, was an old
Seeburg jukebox. It lit up like a Christmas tree, and had NOTHING
but jazz selections. Most of it Bop, but lots of the oldies, too. It was
like, if you want country or rock or anything else just go elsewhere. If
Frankie had to tend bar for a living he was going to do it with Miles,
Dizzy, and the best of the jazz world to accompany him, and he fed
that juke from his tip box as much as any of us. My friends and I all
loved jazz, and so when we could afford a ‘night out’, it was off the
few blocks to Frankie’s we went. Both the Italians and the hippies
knew how to have a good time, and somehow it all worked. I never
heard of a fight, or a disagreement either, just peace, love, beer,
greasy burgers and JAZZ!

my stories
getting better and better
four fingers of scotch

I promised myself
I would age with dignity . . .
mouse ears on grandpa